Origins and Growth Outlook of Digital Banking in Africa 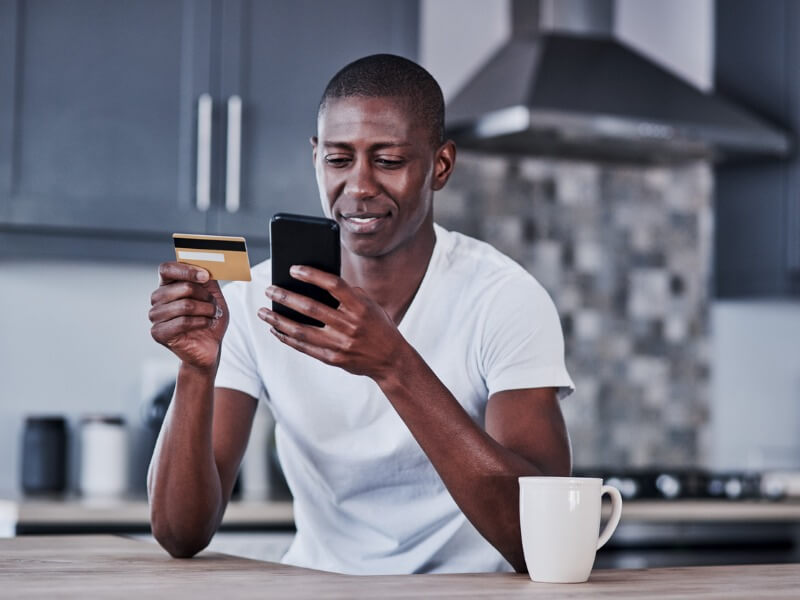 According to a study conducted by McKinsey consulting and made public in February 2018, Africa is now the world’s second-largest banking market in terms of development and profitability.

And it’s all thanks to digital technology.

McKinsey reports that more Africans now have bank accounts with the numbers increasing from 170 million in 2012 to almost 300 million in 2017, and estimated to reach 450 million within the next five years. On the continental level, revenues are expected to grow from $86 billion to $129 billion between 2017 and 2019.

Yet, this performance is not evenly distributed across the different regions and countries within the continent with just five African countries namely Nigeria, Angola, Morocco, South Africa, and Egypt, currently accounting for 68% of the total banking revenues on the continent. This explains the emergence of innovative business models to solve the myriad of challenges bedevilling Africa’s retail banking sector, especially low level of bank access, weakness of ATMs and branch networks, and the massive dependence on cash.

Even though traditional banking services are yet to be extensively adopted by Africans, the continent’s reliance on mobile and digital offerings is on the increase. With 5 branches per 100,000 African residents compared to 13 branches per 100,000 in emerging Asian markets, the rapid growth of digital banking is hardly surprising.

Indeed, between 2014 and 2016, the volume of digital banking transactions went up by 13% per annum in Africa, as a result of improved reliability, security, and availability of electronic channels. Africa is now the second-fastest developing market in the world in terms of electronic payments behind the Asia-Pacific region. Besides, using digital channels for banking transactions is now the preferred option for around 40% of Africans.

The Conception of Africa’s Digital Banks

Mobile money has grown from transactional operations such as salary payments, cash in and cash out, bank to mobile transfers, and bill payments to advanced financial services consisting of a complete ecosystem such as microfinance and insurance, and aided by a progressively developing digitalisation. Africa had around 346 million registered mobile money accounts in 2018 compared to 120 million bank accounts.

Kenya’s Safaricom, a subsidiary of Vodafone, started the digital revolution with the introduction of its mobile banking service known as the M-Pesa System. In a world that was hitherto very poorly banked, with a 5 to 15% banking rate in African countries, except for the Maghreb region and South Africa, mobile telecom companies took advantage of their closeness to customers to make use of mobile terminals, either through the use of basic phones known as ‘Feature phones’ on the USSD protocol or smartphones to provide an array of mobile banking services.

From Competitors to Partners: Mobile Telecommunications Operators and FinTech

The autonomous rise of FinTech has caused disruptions to the organised banking market for many years. As new innovative players, FinTech is subjecting banks to a new type of competition in a market where the competition is already tough. Banks already have mobile telecoms operators and other companies specialising in money transfer and payments to contend with. These competitors now hold a huge market share courtesy of their innovations on mobile payment and mobile money transfer solutions. This leading position is only possible because they created awareness and educated people, particularly those with limited bank access who realise the benefits of dematerialised money compared to the customary bank account.

Traditional banks, faced with the latest innovations from operators and new players, and in the backgrounds of a booming market, have to adapt to stay competitive. Consequently, new partnerships have been formed between telecom operators and banks on the one hand, and FinTech on the other, to deliver online/mobile financial services to consumers while profiting from a lower cost than the branch network of the bank.

Many years after the M-Pesa application was rolled out, banking institutions are in the grips of a digital frenzy. They are increasing their investments in hopes of catching up in the areas of online financial services and mobile payments. For instance, in Morocco and its Maghreb neigbours, where the central bank regulations are more stringent, banks have started to realise the importance of digital technology to their continued existence.

Recently, in September 2019, Inwi rolled out a mobile payment solution known as ‘inwi money,’ thereby becoming Morocco’s first telecom operator to deliver this kind of solution to the Moroccan public after getting approval from the MoroccanCentral Bank; Bank Al-Maghrib to set up the payment institution. Inwi money will allow every mobile phone owner to have a mobile wallet linked to his phone number irrespective of his telecom operator. The customer can then fund his wallet or withdraw money from it using the various points of sale authorised by the telecom operator, or by using other means like a bank transfer.

Sub-Saharan Africa’s high acceptance levels for digital banking solutions have turned the region into a beacon of light for the other regions of the world. In Africa, the limited level of banking coverage along with the proliferation of mobile phones has generated a powerful leverage effect, but in Europe and other developed regions of the world, the market is mature with a high population of banked individuals. This is coupled with a denser and more qualitative banking system with broad banking networks that do not allow operators to take the place of banks.The expansion of 3G coupled with the rise in the number of people who use smartphones in Africa is opening new vistas and promoting access to banking services.

When it comes to disruptive innovation, the vastness of the systems required is always a difficult hurdle for banks to scale. The paucity of existing systems in Africa relieves the banks of this burden and allows them to forge ahead with their financial inclusion projects. Deploying digital banking solutions to serve the new population of users is a technological leap of faith. Therefore, digital banking provides an alternative to traditional banking that ensures banks can overcome the deficiencies in banking infrastructures to drive Africa’s financial inclusion project.

PreviousExamining the Impact of Digital Banking on Financial Inclusion in Africa
NextSandboxes and Open Banking: Solutions to Financial inclusion in Nigeria?

Are African capital markets a weak link to Africa’s prosperity?

BNPL – A fast track to financial inclusion in Africa

Rise of cryptocurrency across Africa

Blockchain beyond the barn: Mastercard’s Provenance Solution is cultivating multiple wins for innovation and inclusion in Africa

Learning from experience as we ride the digital waves!

Potential of mobile transactions in Africa

How important is the role of a leader in todays world?