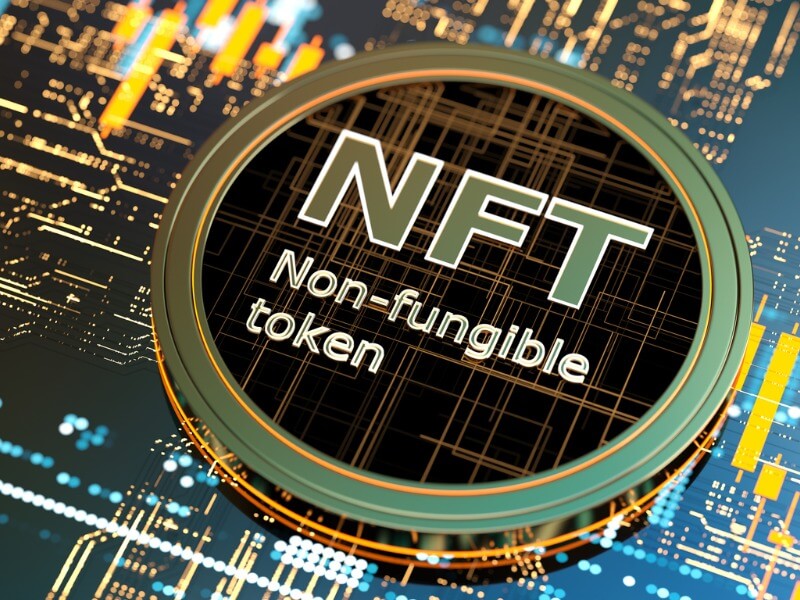 Mike Winkelmann, also known as Beeple or Beeple Crap, sold his artwork as NFT. The JPEG image, titled “Everydays: the First 5,000 Days”, was sold for $69.4 million, making it the highest price paid in an NFT. The artwork also stands third in the list of most expensive works among living artists. So what does Non-Fungible Token mean, and how expensive are they?

A non-fungible token (NFT) is a single, unique token encrypted on the blockchain infrastructure. As we are aware that bitcoin is a changeable coin, NFTs are unique and cannot be changed.

The most amazing feature of NFT is that it is a proprietary asset and one of a kind. Put simply; these tokens are different from the usual coins because they are created in different values and originality that cannot be modified.

How Does NFT Work?

The majority of NFTs are part of the Ethereum blockchain. It is a currency similar to Dogecoin or Bitcoin, but the blockchain also supports NFTs. What makes NFTs unique is that it is bound to a single token. They have metadata processed by a cryptographic hash function — an algorithm that comprises a unique string of numbers and letters.

NFTs are a completely new form of digital collection. They are a certificate of authenticity and rarity developed by the blockchain for a digital asset such as a music video, album, or piece of art. It is a part of the digital market that has garnered a lot of interest, with a digital artwork sold for $69.3 million at Christie’s auction.

Where are NFTs Used?

NFTs are used in art creations and areas that require digital ownership. For example, it can be found in digital collectibles, online gaming, and artworks. NFTs can be a piece of art, a basketball card, music albums, stamps, etc.

Moreover, NFTs can even be a tweet. For instance, Twitter founder Jack Dorsey sold his first tweet as NFT for a whopping $2.9 million. This means that he was paid $580,000 for each word in his tweet, “just setting up my twttr”. He said that all the proceedings would be converted to Bitcoin and donated to GiveDirectly, a charity, to provide COVID-19 support to six African countries.

King of Leon made more than $2 million by selling NFTs of their latest album. On the other hand, a Lebron James match NFT card was sold for $208,000 on the NBA Top Shot platform.

Why Do People Pay in NFTs?

Imagine the extraordinary artwork by Vincent Van Gogh — The Starry Night. Investments are made in cryptocurrencies, precious metals, shares, and such paintings because unique products can hold their value for decades or even centuries. In fact, art is an aesthetic tool for aesthetic pleasures, and the same applies to their digital versions too.

Now you must be thinking, “How can a digital work of art, such as a photograph or a tweet be special? It can be copied or downloaded with one click.” The truth is, you cannot draw The Starry Night again, but you can get it printed or downloaded from the internet. Why would you pay hundreds of thousands of dollars for this kind of digital product?

This is what makes NFTs unique and important. Blockchain technology is the key that increases the value of digital products from essence. Thanks to its unique cryptography features, blockchain offers true ownership of a product to its owners. Put simply, the product you purchase is a “real digital copy”, and nobody can claim NFT.

If it’s still difficult for you to understand, think about it this way. US dollars, gold, or diamonds actually have no sense. The dollar is a piece of paper. Gold is a metal and diamonds are stones. Can we buy a house without any paperwork? No, we need currency for that. So what differentiates the two products with the same raw material? Is it people adding more value to it?

The logic of NFTs is the same. Putting up an auction for digital products that society and its people valued and wanted to have. Who knows, maybe in the future, even YouTube videos will be available in the markets where currently only digital items such as tweets or art pieces are getting sold.

The Rise of NFTs in South Africa

NFTs are becoming more and more popular amongst South African companies, with new developments being released locally, and this cryptographic craze is becoming a common marketplace across the world. As per industry experts, while NFTs are still in the nascent stages, local companies are witnessing a massive potential in them. They believe that NFTs hold immense benefits for investors and organizations across sectors.

South Africa’s first NFT of a media article called Gadget1998 was introduced by online media platform Gadget and is up for auction. This article is a digital image of the country’s oldest surviving online game review that made its appearance in 1998. This comes a few weeks after Worldart — Cape Town’s art gallery — became the first local gallery to put its art up for auction as an NFT. The artwork depicts a superhero-styled woman called Timekeeper 151, developed by artist Normal O’Flynn.

While the blockchain-based cryptocurrency has gained popularity in the local art industry, experts think it will penetrate into other industries as more companies are getting to know its valuable use cases for creating art and other things. General Manager of Luno Africa, Marius Reitz, said that while NFTs have been around since 2015, it was only after the popularity of other cryptocurrencies such as Bitcoin and Ether that they gained popularity in the South African markets.

Non-fungible tokens (NFT) are developed through cryptocurrency and recorded on the blockchain. NFTs cannot be copied, mass reproduced, or cut into smaller parts. They may be used for a wide range of purposes, such as smart contracts and validating ownership.

The rise of NFTs during 2021 gave rise to a lot of media hype and controversy. Even though they are still not a part of the financial mainstream, NFTs are a budding asset class with a volatile and uncertain future.