Digital Banking: Nigerian Banks Want a Piece of the Action 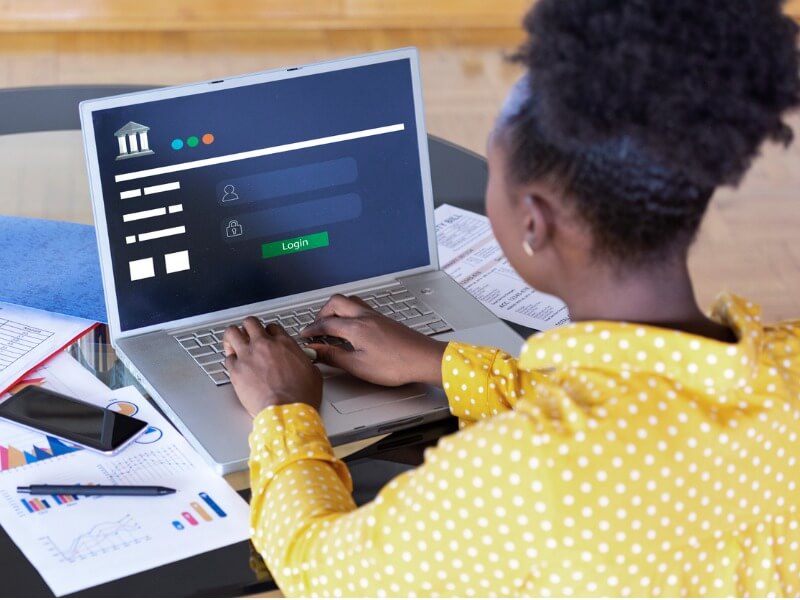 As part of a strategy to attract new customers, Nigeria’s traditional banks roll out a variety of products to announce their incursion into the world of digital banking.

Recently, some traditional banks in Nigeria announced that they will be competing with their e-banking counterparts with the launch of a range of digital banking services.

Over the last couple of years, an increasing number of Nigerians have embraced digital banking because of the higher fees charged at traditional banks. Customers in the smaller cities have also been keen on taking up online banking because it provides stress-free access to financial services.

Previously, traditional banking institutions in Nigeria had stood by and watched as online financial institutions built successful and profitable businesses. Now they want a slice of the pie and online banks are getting jittery about the prospects of losing out to physical banks because the latter has bigger financial muscle and more experience.

A bit of Context

The capacity of Nigerians to save has been impeded by a rise in inflation and one of the worst recessions that the country has ever faced, and which it has been slow to come out of. This has given rise to the launch of some FinTechs to encourage young Nigerians to embrace a culture of saving and investing.

The strategy from Nigeria’s digital banks was to target semi-urban and rural customers in places where traditional banks had little or no presence. Customers were encouraged to receive or withdraw funds through their digital platforms.

To chronicle the chain of events;

• PiggyVest (previously known as PiggyBank) started offering financial education and banking services to clients in 2016. While CowryWise, in 2017, began offering a range of services such as digital savings, wealth management, and investments.

• Carbon is another digital bank that has done great things in the Nigerian market. The founder of Carbon plan to “become a pan-African digital bank”. Their forays have driven them into the Kenyan market.

Tagged the ‘golden age of FinTech’, the digital banking craze has gotten to the whole of Africa in a frenzy.

Indeed, in sub-Saharan Africa, digital banking services like mobile money had grown to 43% in 2017 from 23% in 2011. Kenya has been the leader of this digital banking revolution. With more than 60% of Kenyans owning a mobile phone, 9 out of 10 people in the East African country have a mobile money account. And 27% have taken an online loan.

Brick-and mortar banks are fighting back, with some observers having the belief that the digital-only banks can only come out second-best when the gloves really come off.

According to Mide Akinduko, a Nigerian student, “Standard Chartered Bank comes with years of experience and a global reputation and it can easily kick Kuda out of the market.”

However, no matter how hard the traditional banks try, they are still a bit short of offering benefits close to what their digital banking counterparts are offering.

“Mutual funds and loans were not available from my bank the way they were available in other apps like Carbon and Cowrywise,” says Akinduko.

However, experts still believe that at the end of the day, cash and brick-and-mortar banking institutions will remain the leaders in Nigeria.

Oluwaseun Oyajumo, an investment and venture analyst, explains; “People unfairly assumed that low transfer fees were the main value proposition of these fintech platforms, however, some have had higher charges than the banks. Their main value is in their nimble approach and ease of use.”

A few of the digital banks have welcomed the competition, saying it can only help everyone improve.

According to a brand engagement strategist at Cowrywise, Ajetomobi Feranmi: “At Cowrywise, we decided to work beyond trying to own a market, to become the underlying technology for old legacy financial institutions to meet with the new younger demographic.”

A lot of consumers have nothing but praise for digital-only FinTechs and the way they have addressed their apprehensions at a time of tough regulations.

“In my opinion, the FinTech startups have done a lot about the distribution of their products and easing customer pains in the past few years of existence. Their main obstacle to doing more has been relatively onerous regulations,” said Oyajumo.

However, it’s highly likely that Nigeria’s smaller e-banks will be consumed by the traditional banks.

Oyajumo says: “It’s inevitable that some of these startups will get acquired in the next 5 years as the banks rather than organically build innovation, buys them to acquire a new demographic of customers and technical and business innovation at the same time.”

The advent of digital banking and the rise of e-banks mean traditional banks have no other choice but to deliver improved services at a reduced cost to consumers. Only time will tell if some of the fledgling e-banks will end up in the bellies of their bigger rivals. However, as we already know; when a bigger elephant and a smaller elephant fight, there can only be one winner; the customer.