Can Africa Be The Leading Market for Cryptocurrency? 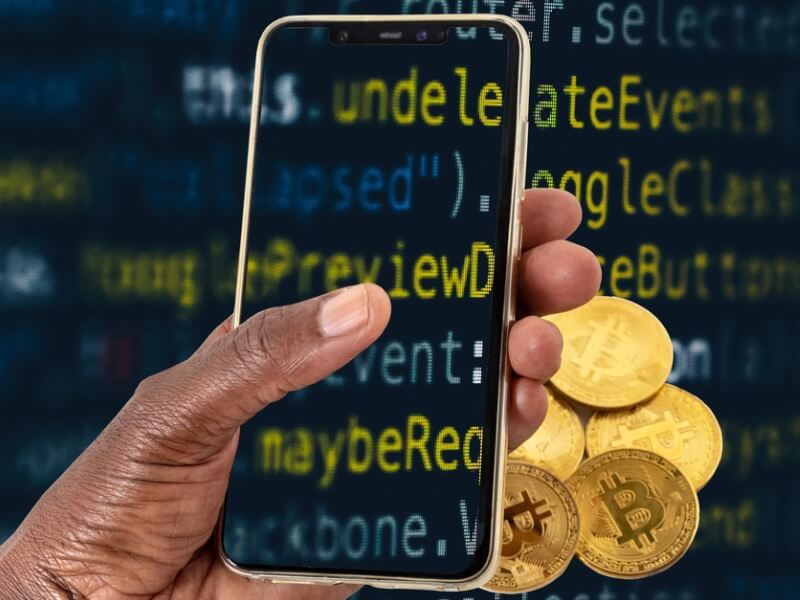 Globally, the big names in cryptocurrency are Bitcoin, Litecoin, Dash, Monero, Lisk, and XRP. But when it comes to the African market, Bitcoin is the clear leader. Bitcoin was created in 2009 by Satoshi Nakamoto. And since then, it has grown into a strong global brand, more so in Africa where economists think it’s a disruptive innovation that is set to create new markets and value networks on the continent.

Indeed, cryptocurrency is not limited by geography as it is internet-based. And for that reason, transactions involving cryptocurrencies can happen in any part of the world. Its transactions are stored in blockchains – a database running on a cluster of connected computers that electronically record transactions onto a ledger. They are not regulated by the government, and they don’t need middlemen.

African investors are hoping that Bitcoin will become the new method of financial transactions in the digital era. According to business and technology analyst Rakesh Sharma, “Africa is rarely mentioned among the largest markets for cryptocurrency, but it may be set to steal a march over other markets,”

Mr. Sharma believes that citizens of countries ravaged by high inflation are more likely to adopt cryptocurrency because “with their paradigm of decentralization, cryptocurrencies offer an alternative to disastrous central bank policies.”

When Zimbabwe was in the throes of hyperinflation in 2015 and the country’s authorities were forced to print $100 trillion notes (each one valued at just $40), some Zimbabweans decided to turn to Bitcoin. Double-digit inflation rates in some other African countries have also led to the huge adoption of Bitcoin in those countries. According to gobitcoin.io, a website dedicated to reporting Bitcoin news in Africa, countries like Ghana, Botswana, Nigeria, Kenya, Zimbabwe, and South Africa are some of Africa’s main bitcoin economies. Bitcoin is also seeing serious uptake in Uganda, according to the BBC.

Tokunbo Darko marketing vice president for ICOWatchlist.com, a platform that houses cryptocurrency tokens, says that citizens of these African countries deal in Bitcoin “as opposed to their local currencies, which are plagued with hyperinflation.”

Africa has been predicted by the GSM Association to have 725 million mobile phone subscribers by 2020. This, according to Mr. Sharma, means that Africans will have the right tools to connect to the cryptocurrency ecosystem.

Peace Akware, a millennial from Uganda, in an interview with the BBC said, “I check my Bitcoin every day [on my mobile phone] and any chance I can get. Any minute, any hour, anytime, as often as I can,”

Going by indications from the Nigerian Central Bank, it appears as if governments have no control or regulatory powers over cryptocurrency. Currently battling the country’s high inflation rate, Nigeria’s apex bank announced that it could not regulate or control Bitcoin, “just the same way no one is going to control or regulate the internet. We don’t own it,” the apex bank said.Essentially, it’s not a case of ‘not wanting to’ do it, it’s more of‘not being able to’ do it.

The fact that African governments have no regulatory powers over cryptocurrency may be making it more attractive on the continent. The fear of a disintegration of the banking industry and the arbitrary allocation of money by the government hasfuelled an increased interest in cryptocurrency from unbanked Africans living in politically unstable countries. Mr. Darkoexplains, “Bitcoin transactions help to eliminate the procedural bottlenecks that plague traditional banking and financial services.”

Africa has seen the establishment of 15 cryptocurrency-related operations within a short period, says Mr. Sharma. The first in Africa, South Africa’s Luno Exchange, was founded in 2013 and now has over 1.5 million customers in more than 40 countries globally.

Besides, some cryptocurrency-based remittance services providers have also popped up in several African countries, such as, Abra, which has operational bases in Morocco and Malawi, BitMari in Zimbabwe, GeoPay in South Africa, and London-based Kobocoin.

In the agriculture sector, a mobile app known as Plaas helps farmers to supervise their stock on the blockchain.

BitPesa was launched in Kenya in 2013. With BitPesa, individuals can transfer virtual remittances to African and international locations from their mobile wallets which stores the cryptocurrency.

Kenya’s localbitcoins.com announced trading volumes of over $1.8 million in December 2017 proving how lucrative the business can be.

“I started mining Bitcoin [in Nairobi, Kenya] in September 2017 and, so far, this is the best business I have ever tried,” Gladys Laboi informed Africa Renewal, adding: “Under six months, I earned $800 after investing in $700.”

The consensus among industry experts is that cryptocurrency will be around for a long time. The fact that Bitcoin users can, with comparatively small fees and no third-party interference, transfer money to just about anywhere in the world as long as there is an internet connection is an advantage that regular government-issued currencies cannot match.

According to Mr. Darko, “Every single computer device on the surface of the planet with an internet connection can access information on the blockchain and make ‘transactional’ inputs onto it. The information cannot be distorted, deleted, modified or destroyed, and [the] computer device has the same information as everybody.”

In December 2017, the worldwide demand for cryptocurrencies increased to a point where a Bitcoin was sold for $20,000. It was $1000 just a year before.

As a result of the possibility of identity theft, which is common with all digital forms of payment, there have been suggestions that regulations should be put in place to ensure transactions areanonymous and information of users kept private and safe.

In the absence of regulations, cryptocurrency is at best a double-edged sword. There will be periodic gains, but it could all be wiped out in one volcanic price crash leaving investors without an escape route. This is akin to what happened when the value of Bitcoin crashed to $8,700 in February 2018, from the highs of $20,000 in December 2017.

The reality is that a lot of Africans are still investing in Bitcoin and cryptocurrencies. And according to Mr. Darko, Africa should embrace the innovation with open arms. “Truth be told, Africa needs blockchain technology and its resultant cryptocurrencies more than any part of the world,” he stated.

PreviousWhy Every Nigerian Should Embrace Digital Financial Literacy in the Post-COVID-19 Era
NextWill FinTech be at the forefront of Africa’s Digital Revolution?